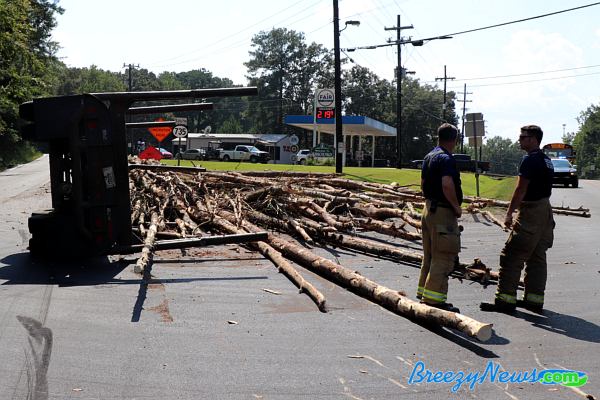 At 2:14 pm Kosciusko Police, MedStat EMS along with City Fire and Rescue responded to a report that a log truck had overturned. The caller said it was located at highway 12 east at Fair Propane.

Emergency personnel arrived on scene to find the trailer, loaded with logs, came unhooked from the 18 wheeler. The trailer rolled on to its side spilling the load on the roadway. Two lanes of traffic were blocked.

First Responders notified responding units that there were no injuries involved.

The Kosciusko Police will be in charge of the investigation.