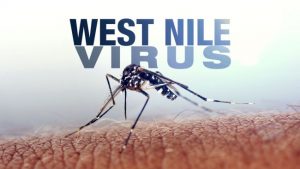 DURANT, Miss.–A person in Holmes County has West Nile virus, according to the Miss. State Dept. of Health. The agency reported that four human cases were confirmed late last week and one of those was in Holmes County. The other three were in Hinds, Pearl River and Yazoo counties.

West Nile is carried by mosquitoes and can lead to encephalitis, and can cause inflammation, fever and even more serious illness.

The best way to prevent West Nile is to keep from being bitten.

West Nile virus season has gotten off to a late start, but with four human cases in Mississippi so far, it's time to remember to take precautions, especially if you are older or in poor health. More about West Nile and ways to control mosquitoes at https://t.co/JJwEuEe6tX pic.twitter.com/MIrJn0P2Rw

The Dept. of Health recommends staying inside at times when mosquitoes are outside. Wear longs sleeves. Get rid of standing water in your yard, like in bird baths or old tires. They also recommend deet or other EPA-approved repellant.

So far, only those four cases have been reported this season and no one in Mississippi has died from the virus.