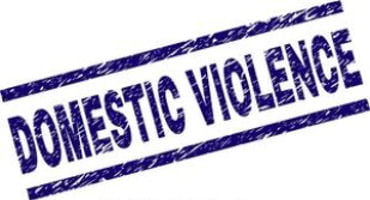 WASHINGTON–The odds are that you know someone who’s had to get a restraining order or at least has had to call the cops on their significant other. The money for helping battered women, men and children comes partially from Washington and right now Democrats and Republicans can’t agree on the reauthorization of the “Violence Against Women Act”.

Sen. Cindy Hyde-Smith (R-Miss.), is urging her colleagues to hurry with a consensus.

“I certainly want us to look at what I feel like is an overlooked population: the survivors of intimate partner violence who reside in rural areas,” she said in a committee hearing Tuesday.

The hearing was focused solely on reviewing and reauthorizing the law.

“Before even making the decision to seek help, these survivors, most often women, have to overcome cultural norms which prioritize family privacy, which is very important in rural areas, traditional gender roles and keeping their families together.”

Hyde-Smith also pointed out that people in Mississippi often have to drive 40 miles or further to find a place to get help, and that the money needs to be there to make sure they can get it.

“All of us in Congress can agree that our goal should be to ensure that these women in rural areas—and, indeed all victims of sexual abuse, domestic violence, and stalking—are protected and receive the services that they need,” she said.

Hyde-Smith testified that a House-passed VAWA reauthorization bill, which includes many contentious issues, would perpetuate a stalemate existing since 2018 when reauthorization efforts collapsed due to partisan disputes over Second Amendment rights and other issues.

“I call on this committee and Senate Leadership to adopt a reauthorization bill this month that embodies language on which we agree, including a greater emphasis on serving victims in rural areas,” said the senator.  “In the meantime, I believe we should continue to work together in good faith to resolve the remaining areas where we’ve yet to reach consensus.”