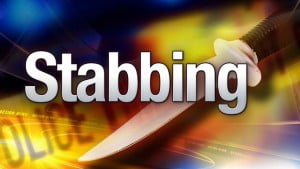 At 3:45 pm Attala Deputies, Kosciusko Police and MedStat EMS responded to Burdine Road just outside the city limits for a report of a male that had been stabbed in the back. Medics arrived on scene and contacted dispatch asking for an air ambulance to transport the patient.

Deputies left the scene searching for a small red car that witness described leaving the scene. officers were told that it was occupied by two white males.

Deputies checked several locations but were unable to locate the suspects. They then issued a BOLO (Be On the Look Out) at 4:22 pm and by 4:48 pm the suspect in the stabbing came to the Police Department to turn himself in.

Sheriff Tim Nail tells Breezy News that 22 year old Brice Smith is in custody and that aggravated assault charges are pending. The cause of the incident is still under investigation.

Nail said the victim was transported by air to a Jackson hospital. At this time there is no word on the patients condition.