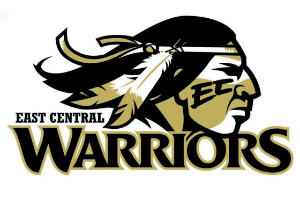 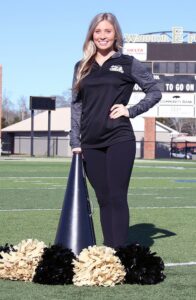 B-MO in the MO’rning – It’s not everyday your guest does cartwheels when they’re on your show but if anyone could, it would be East Central Community College Cheer Coach & Co-Ordinator Mrs. Bailey Gibson. The Meridian resident and former “flyer” which is a member of a cheer squad who thrown of lifted off the ground during a cheer, found her passion in high school before joining her beloved “Ole Miss Rebels” as a member of the their competitive cheer squad. Her passion not only led to several cheer awards, but a career that saw her excel as a personal trainer.

Upon graduation from Ole Miss, Bailey heard about a Warrior Wellness Coordinator position at East Central Community College which she began in 2020 and was approached about her interest in becoming the cheer coach and that is where she is currently. As a parent of a former competitive cheerleader, the hours are long and hard, the commitment level and physical and mental preparation it takes is the same as any other athletes and the first thing you’ll notice in talking to Bailey is the fire is there and burns as bright as her desire to help potential squad members achieve a level of success they might not have reached prior to joining her squad.

Something she’s looking forward to about developing this squad is her excitement about working with athletes at all levels. From the beginner, who’s athleticism is there but has no experience, to those who have been involved in previous squads and want to take their skills to a possible D1 program. Her only requests is you must be coachable and be ready to work.

East Central does have scholarships and clinics coming up, for more information on that or to simply reach to Coach Gibson e-mail her at bgibson@eccc.edu for information on the program visit their website by clicking here.