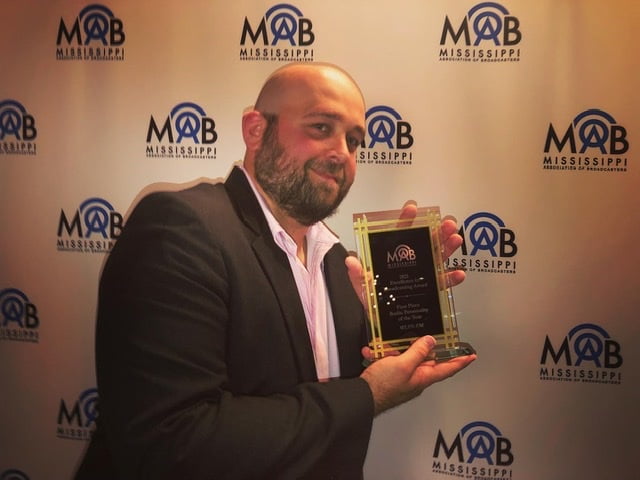 Breck Riley has been named Radio Personality of the Year by the Mississippi Association of Broadcasters.

The announcement was made Saturday night at the MAB Excellence in Broadcasting awards at the Old Capitol Inn in downtown Jackson.

“This is the award I’ve been aiming for ever since I started in radio seven years ago, ” said Riley. “I don’t get excited about much, as my coworkers may tell you, but this one is big for me personally.”

Breck currently serves as News and Sports Director for WLIN-FM and Breezynews.com, host of “The Breckfast Show” on Breezy 101.1, and Play-by-Play commentator for Kosciusko Whippet football and softball.

His previous honors included the Mississippi-Louisiana AP Broadcasters & Media Editors 2017 Radio Newsperson of the Year and Radio Reporter for 2018, 2019, and 2020.

Perhaps the biggest award of the night however, went to WCKK – Kicks 96.7.

In total, Boswell Media brought home 15 awards, eight of which were first place.

Click HERE for more pictures and videos from the awards banquet.