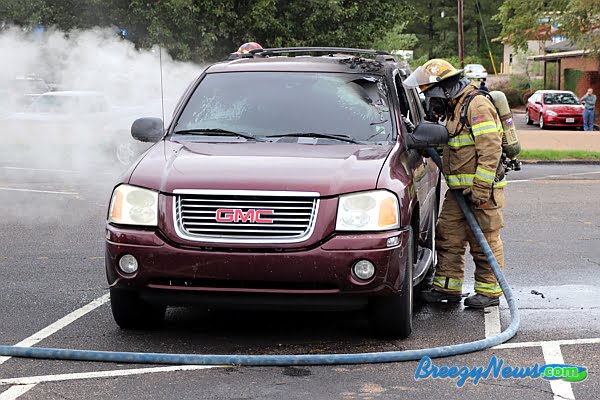 At 11:56 am Kosciusko Police and City Fire responded to a vehicle on fire. The caller said it was in the parking lot by the Medical Clinic.

Firefighters arrived on scene to find heavy flames coming from the interior of the SUV. The flames were quickly extinguished by emergency personnel. No injuries were reported.