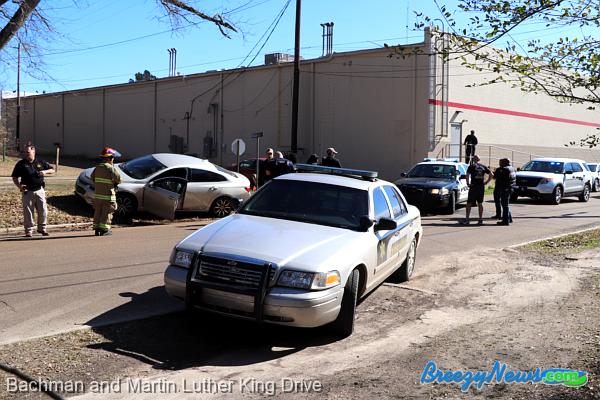 Posted on February 1, 2019 by Emergency Desk

At 12:54 13 pm Kosciusko Police, MedStat EMS along with Kosciusko City Fire and Rescue responded to a report of a two vehicle MVA at the intersection of Fenwick and Martin Luther King Drive. MedStat transported one person to Baptist-Attala to be check out. Kosciusko Police

At 1;05 while en-route to the first MVA a second auto accident took place involving a Kosciusko city unit on Martin Luther King Drive at the Backman Street intersection.No injuries were reported in this accident. The Mississippi Highway Patrol was called to work the accident and will be in charge of the investigation.