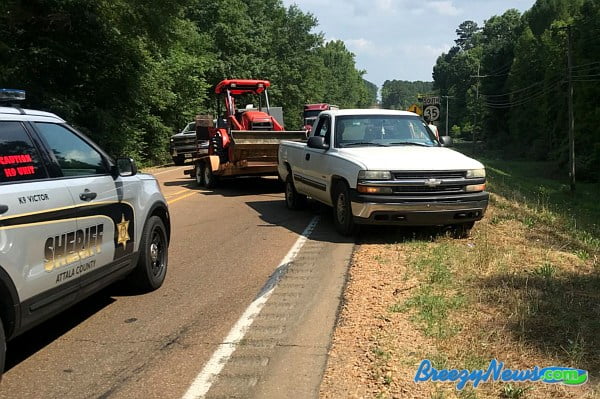 At 3:20 pm Attala Deputies, The Mississippi Highway Patrol along with Attala Fire and Rescue were called to highway 35 south near the Yockanookany Bridge for what was first reported as an MVA. K9 Deputy Scott Walters arrived on scene and notified responding units that it was not an MVA that a truck pulling a trailer had two tires blow out and was blocking the roadway. No injuries were reported.