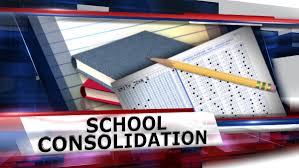 The bill specifies that the central administrative office of the district will be located in Lexington.

The House voted in March to consolidate the school districts, but the governor’s signing marks the final step in the process.

The governor also signed Senate Bill 2495, which consolidates the Winona and Montgomery County districts on July 1, 2018.

Greenwood and the Leflore County School Districts were also voted to be consolidated beginning in 2019. (AP)