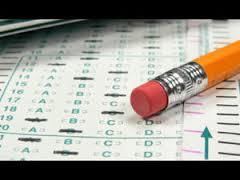 The district had 61.6 percent of students proficient in math, while the state average was at about 35 percent. The district was listed at number four, and is in the company of top state districts like Biloxi, Clinton, Ocean Springs and Petal, districts which share the reputation for providing a good education.

But, no district in Mississippi scored above 71 percent proficiency in those tests from last year.

The tests are called the Mississippi Academic Assessment Program, and scores had been going up consistently year after year, until COVID hit.

Now, most districts have gotten worse on the scores, which measure grades 3 through 8 in ket subjects.

The Holmes Consolidated schools were in the bottom ten in the state for both math and English, at 5 and 7 percent, respectively. The state is trying to help those kids now that they’ve taken over.

No other central Mississippi districts were listed in the top ten or bottom ten.