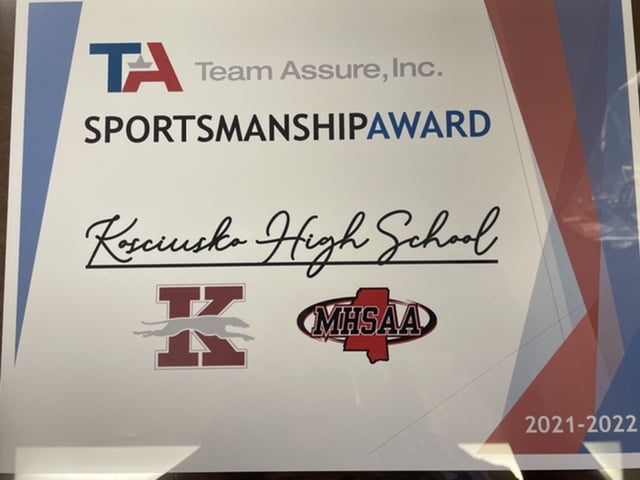 The school was named Most Sportsmanlike High School in Division IV, which is made up of over 20 schools.

According to Athletic Director Macy Wilbanks, the awards were chosen by a panel of 50 people made up of MHSAA representatives, high school assigning referees/officials, and secretaries representing each district.

The award, which encompasses all athletic programs at the school,  was presented to Kosciusko during the fall district meetings.

Congratulations to all our Kosciusko Whippet players, coaches, and fans on being named the Most Sportsmanlike High School in Division IV by the MHSAA. I can’t think of a better compliment to our school than being 1 of the 8 schools in MS to receive this honor! #EducatingGreatness

More Monkeypox in MS, Vaccine Offered to Those at High Risk