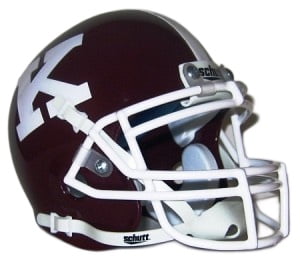 Another Kosciusko Whippets home football game is having to change locations.

According to Athletic Director Macy Wilbanks, the game against Choctaw County will now be played in Ackerman instead of Kosciusko.

Here is the school’s official statement:

“Due to further delays with the Landrum Field turf project, the Kosciusko Whippets will not be able to play at Landrum Field on September 16th as we had originally hoped. That game will now be played at Choctaw County High School with a 7:30pm kickoff. The Whippets first home game will now be September 30th when they will host the Choctaw Central Warriors. This game will also be our homecoming game. This delay will also affect the Junior High and Junior Varsity games that are scheduled to be played at Landrum Field in the upcoming weeks.”

The updated high school and junior high football schedule is pictured below.