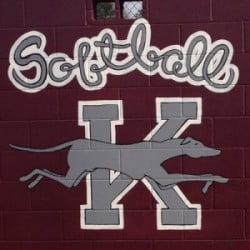 The Kosciusko Lady Whippets will face a familiar opponent when the team plays for its seventh straight North State Championship this weekend.

Coach Tony Terry and his team will square off against Region 4-4A rival West Lauderdale.

The two meetings between the teams went to extra innings this season, with the Lady Whippets winning both of those games.

Game 1 of the series will be in Kosciusko Thursday, May 12 beginning at 6:30.