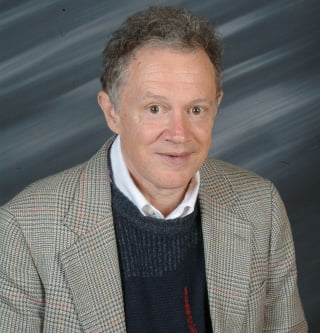 During the Mississippi-Louisiana Regional Convention, Wilson received the region’s first-ever lifetime achievement award on Friday night of the convention. The award was officially named the Billy Wilson Lifetime Achievement Award in his honor the next day during the awards banquet.

“I was shocked and very grateful,” said Wilson, who has served as both an employee of Phi Theta Kappa International and as an advisor for the last 30 plus years. “As I said at the convention, I feel that Phi Theta Kappa has given more to me than I can ever give back.

“It has been a major part of my life since I became a member at Holmes Community College,” he said. “To receive the first Lifetime Achievement Award was an honor, especially since the Kappa Alpha chapter was there to celebrate with me. But to have the award named for me was more than I could take in at that time. Now I am just pleased that the region wanted to do it, but at the time it was a ‘deer in the headlight moment.’ ”

After graduating from Memphis, he taught three years at Central Holmes Christian School in Lexington and at Meridian Community College for 11 years before taking a job with PTK International Headquarters in Jackson for 20 years. Upon retiring from headquarters in 2004, he started work at Holmes Community College where he served as a chapter advisor until 2016 when he became advisor emeritus.

Wilson’s mother, Sally Wilson, was an advisor at Holmes during her long career on the Goodman Campus so Phi Theta Kappa has always been a part of his life.

“It is natural to me to want to give whatever time or talent I have because the students have always been appreciative and always fun to work with,” Wilson said. “Even when Kappa Alpha members are working past midnight to write Hallmark Award entries or scholarship applications, it is enjoyable to be there with them because I know that a group of dedicated people are bonding and learning and growing together. And, of course, when Kappa Alpha is recognized for their accomplishments, I can have the same kind of pride the students have. All the scholarship money, of course, goes to them, but I have the same pride in chapter and individual student achievements.

“As much fun as it was to travel all over the country, I have always felt even luckier to have been associated with the Kappa Alpha chapter,” he added. “When I retired from the Headquarters staff and came to teach at Holmes, Dr. Cox asked me if I would be an advisor for Kappa Alpha and I said ‘yes’ almost before she could finish the question. It may have been the best as well as the quickest decision I have ever made. Working closely with current advisor Will Alexander and former advisor Jeff Edwards has been the best work relationship I have ever had.”

Wilson said he really enjoyed his long tenure with Phi Theta Kappa headquarters. “Before coming to Holmes, I had the satisfaction of working with community college honor students across the country,” he explained. “They were from varied backgrounds and their ages ranged from very young to very old, but they had one thing in common: They all seemed to want to learn more about scholarship, leadership and service, and it was really a lot of fun to help them.

“Phi Theta Kappa is the largest honor society in the world by far and has the most connections, but the reason it is so important in the lives of students is that it does not forget the motto: ‘Think international (with honors, leadership and service programs) but make an impact on each local campus with each individual student.’ It is the advisors who have done that–usually with no pay and with an additional workload of hundreds of hours each semester. It is this kind of love for student successes that makes me proud to be associated with Phi Theta Kappa. So, I guess I would have to say that my work with honors and regional programs at Phi Theta Kappa Headquarters was the perfect match for my interest in literature and history and other areas of the humanities and my interest in work with students who really care about gaining knowledge and making themselves better citizens.”

Goodman Campus advisor Will Alexander said Wilson is very deserving of this honor and seeing his reaction at the regional convention was priceless. “It was very much a surprise and a shock,” Alexander said. “One of the things that our region is known for is the shock and awe. When they announced Mr. Wilson’s name, he kind of had that shock where he throws his hands back and his eyes get really big and looks around. You can tell he was very emotional, and he was trying not to let his emotions get the best of him. He stood up there and smiled like the typical Mr. Wilson does.”

The Kappa Alpha Chapter has a yearly award that is named for Wilson’s mother, Sally Wilson, and Alexander said he feels Phi Theta Kappa is in his blood. “His mother, Sally Wilson, was involved with Phi Theta Kappa so heavily, and he grew up with it in his family,” Alexander said. “One of the things we here at Kappa Alpha are proud of is the legacy that the Wilson family gives to the chapter. We have the Sally Wilson Distinguished Educator Award that we give at the awards banquet, and it wouldn’t surprise me if we have something here at the college eventually named for Mr. Wilson as well. He just loves seeing his students and the people he knows excel and be recognized.”

Alexander said Wilson’s English background and service to Phi Theta Kappa is pivotal to the success of the Kappa Alpha Chapter. “Once the students have created any document, Mr. Wilson is the key player when I comes to assisting students with editing,” he said. “He truly loves his students. He likes to see them put on stage and likes to see them being successful. A lot of this is all about the writing and how you paint a picture. He loves to be engaged as much as possible.”

Regional Coordinator Dr. Ryan Ruckel of Pearl River said 2018 is the centennial year of Phi Theta Kappa, and the Mississippi-Louisiana Region is celebrating 86 years of existence.

“We wanted a new set of awards that we could name after the advisors of our generation,” Dr. Ruckel explained. “We wanted to surprise him with it. When we announced the award Friday evening, we didn’t announce it was going to be named for him. We wanted it to sink in to everyone that he is the example of what kind of person we want to recognize.

“The central mission of Phi Theta Kappa is recognition,” he said. “We do leadership training and scholarships. The purpose of the society is excellence and achievement. This is the kind of example he has set for future advisors.”

The Mississippi-Louisiana Region awards a member of each chapter with the Golden Key Award. The award goes to an individual chapter member who exhibits the four hallmarks of Phi Theta Kappa – scholarship, leadership, service and fellowship, and often it’s not given to a member of the officer team. The advisory board gave Wilson a golden key inside a commemorative box to signify the lifetime achievement award.

“We gave him something we think is very special,” Dr. Ruckel said. “We want to give this to an advisor who has exemplified these values his whole life. We decided to make the Billy Wilson Award because Billy Wilson is the example we think of for everybody and celebrate them.”