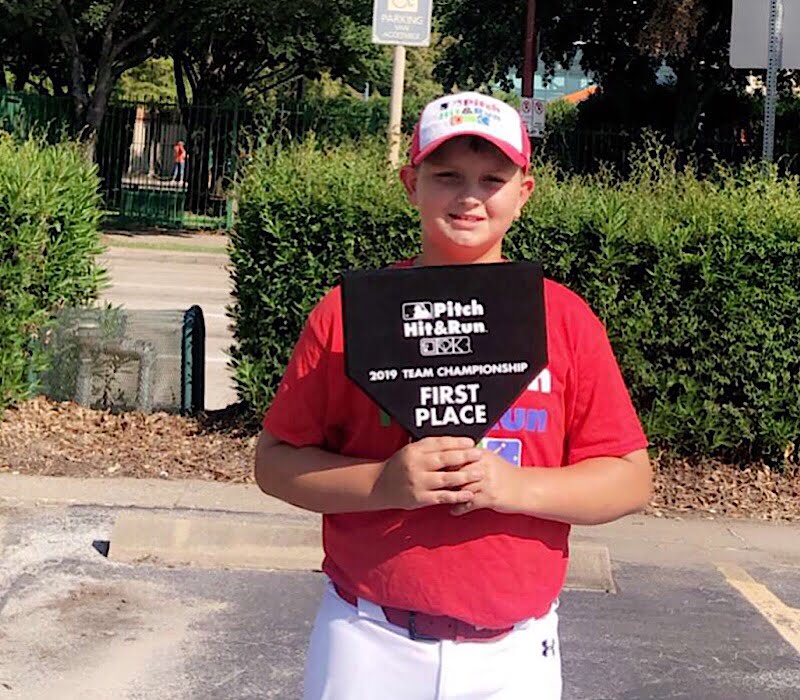 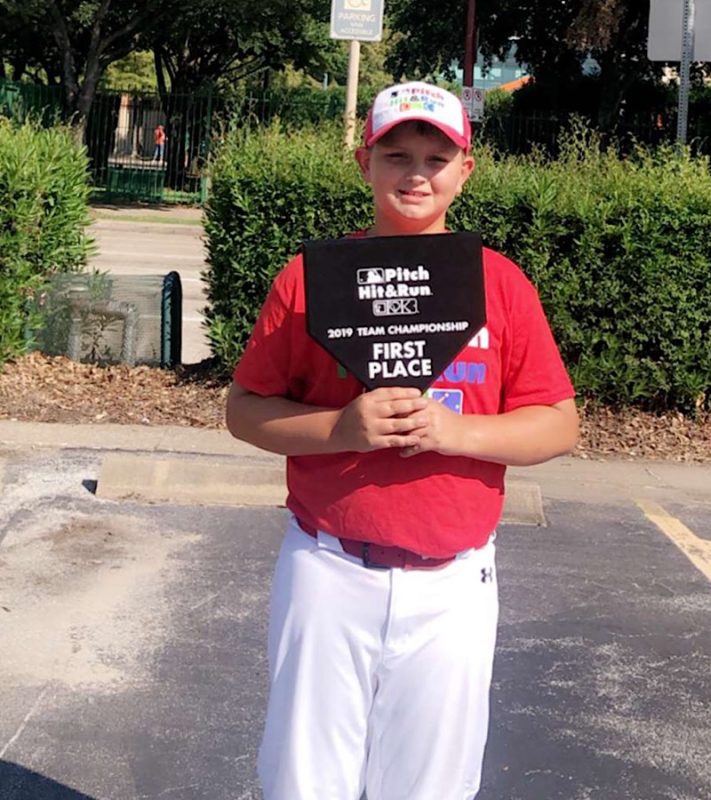 Howard and the other finalists competed Sunday at Minute Maid Park prior to Houston’s game against the Baltimore Orioles. The winners were recognized on the field during a pre-game ceremony.

Howard advanced to the finals after winning the sectional competition in Hattiesburg last week.

Pitch, Hit and Run competitions are put on by every MLB team.

From the official MLB Pitch, Hit and Run website:

Each youngster MUST first participate at a Local Competition. The 1st Place All-Around, Pitching, Hitting and Running Champions in each division age group advance to the Sectional Competition.

Competitors that reach the National Finals will compete in Cleveland, OH during the MLB All-Star Weekend.

Aidan plays locally for Thunder Baseball, a 10U AAA travel baseball team based out of Kosciusko.

Listen to “Good Morning Kosciusko” on Breezy 101 later this week to hear more from Aidan.