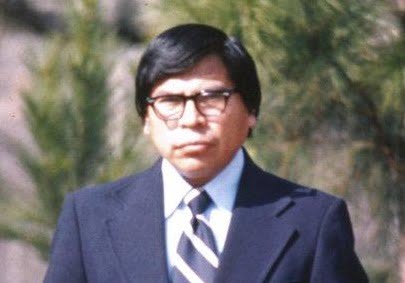 It is with great sadness the Tribe announces the passing of the first democratically-elected Tribal Chief, Calvin J. Isaac.

Former Chief Isaac was a champion for the Choctaw people and took great pride in being the first Tribal Chief since the great Pushmataha.

“TaRita and I, along with all Tribal Members, join the grieving family over the loss of our first Tribal Chief. He will be greatly missed,” said current Tribal Chief Cyrus Ben. “I had the great opportunity of knowing Chief Isaac my entire life. He was always a teacher, and I value his words of wisdom. We send our prayers to the entire Isaac family, as we honor the life and legacy of Chief Calvin Isaac.”

Chief Calvin Isaac, 86, died Saturday after battling illness. Elected in 1975, Isaac served one term as Tribal Chief. He also served on the Tribal Council representing the Pearl River Community and worked in Tribal education for over 15 years as a teacher and principal.

Chief Isaac graduated from Meridian High School and received his bachelor’s degree in Music Education from Delta State University in 1958. That fall he joined the U.S. Army. After his time in the military Mr. Isaac went to Mississippi State University where he obtained a master’s in education, becoming the first Choctaw to graduate with a master’s degree.

After Chief Isaac retired in 2000, he was the pianist and song leader at various churches for the New Choctaw Baptist Association. He has been an inspiration and source of guidance to many Choctaws.

Out of respect for the family, and to honor his memory, Chief Ben has ordered the lowering of all Tribal Flags throughout Choctaw Tribal lands.