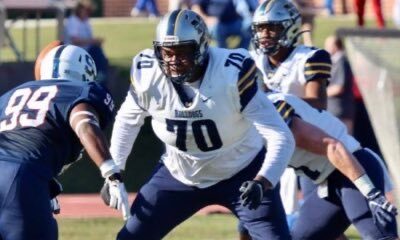 One of the most sought after football recruits in the country, and Attala County native, Percy Lewis has de-committed from the University of Oregon.

“After me and my family talked over my recruitment process I want to de-commit from the University of Oregon,” Lewis wrote. “I want to thank all of the coaching staff giving me an opportunity to play football at a amazing school.”

He committed to Oregon in March 2020, but has offers from Mississippi State, Ole Miss, TCU, Missouri, and several others.