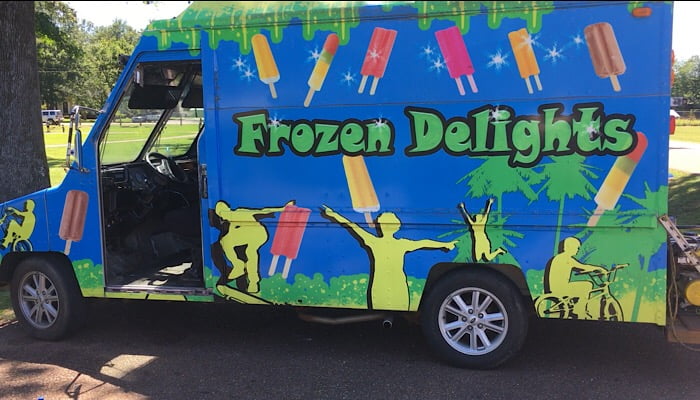 An old fashioned ice cream truck can be seen making the rounds in Koscisuko these days.

Dianne McAdams has been operating DeeDee’s Frozen Delights for about three weeks.

She takes the truck to parks, neighborhoods, and apartment complexes.

The truck has also made stops at the Attala County Nursing Home and the Martha Joe Leslie Veterans Home in Kosciusko.

McAdams said she first had the idea for opening a food truck about six months ago. However, she decided that an ice cream truck would be a better fit.

“The response has been very positive,” said McAdams. “I have people stopping on the side of the road and pulling over in front of and behind me.”

While she appreciates the enthusiasm, McAdams said she hopes that in the future drivers will slow down and use caution when they encounter the truck due to the amount of children that may be around.

The truck itself has a siren that plays vintage ice cream truck music. McAdams said she bought it already wrapped after seeing it online.