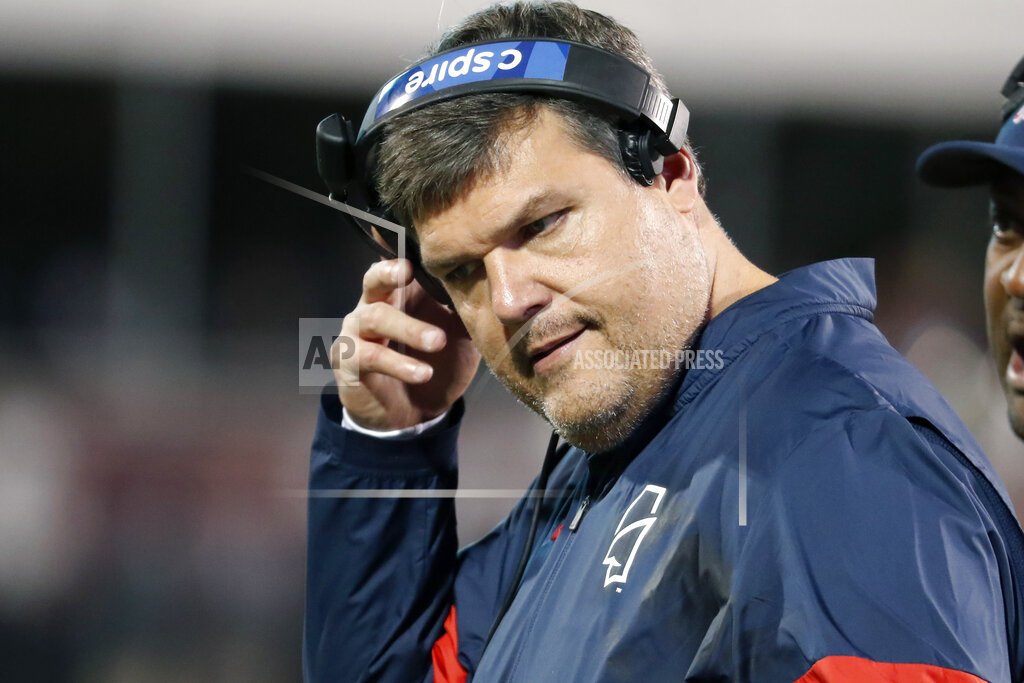 In this Nov. 28, 2019 photo, Mississippi head coach Matt Luke removes his headset during an NCAA college football game against Mississippi State, in Starkville, Miss. Mississippi has fired Luke, three days after his third non-winning season ended with an excruciating rivalry game loss. Athletic director Keith Carter said Sunday, Dec. 1, 2019 the decision to change coaches was made after evaluating the trajectory of the program and not seeing enough “momentum on the field.” (AP Photo/Rogelio V. Solis)
Posted on December 2, 2019 by Breck Riley

Athletic director Keith Carter said in a statement the decision to change coaches was made after evaluating the trajectory of the program and not seeing see enough “momentum on the field.”

“While improvements were evident in certain aspects of the program, we are judged ultimately by our record, and, unfortunately, we did not meet the standard of success that we expect from our program,” Carter said.

Luke guided the Rebels, who were already banned from the postseason by the NCAA, to a 6-6 record that helped him land a four-year deal through 2021. With the program facing another bowl ban in 2018 and other NCAA sanctions, Luke and the Rebels went 5-7.

Ole Miss finished this season 4-8 overall and 2-6 in the Southeastern Conference, including a 21-20 loss on Thanksgiving night to Mississippi State. Ole Miss receiver Elijah Moore scored a potential tying touchdown with seconds left in the Egg Bowl, but was penalized for unsportsmanlike conduct after he pretended to urinate in the end zone like a dog.

The Rebels’ kicker then missed an extra point that was 15 yards longer than the usual distance because of the penalty.

The 43-year-old Luke is the third SEC to be fired this season, joining Arkansas’ Chad Morris and Missouri’s Barry Odom, and the fourth head coach around the country to lose his job Sunday.

As of this report, Kosciusko native Jacob Peeler remains on the Ole Miss coaching staff as wide receivers coach. (AP)