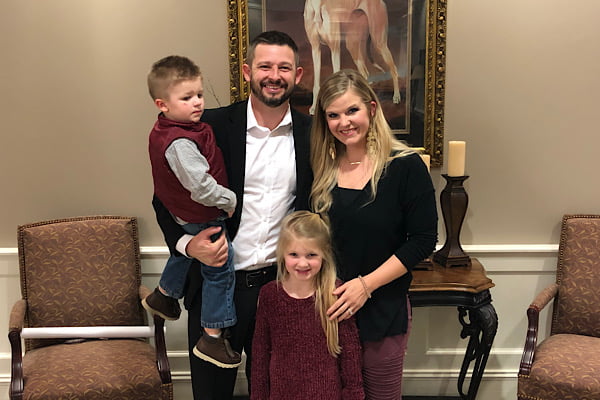 The school board approved the hire during a meeting Monday night.

Hunter has spent the past six seasons as offensive coordinator at Pearl High School where he worked under former Kosciusko Head Coach John Perry.

“Justin is one of the bright up and coming coaches in the state of Mississippi,” said Perry. “He has been a vital part of the success we have had here at Pearl. I am super proud for him and his family and for Kosciusko….I’m super excited to see the great things that are to come for Kosy Football.”

A Sebastopol native, Hunter helped lead Pearl to an undefeated season and a 6A State Championship in 2017. The Pirates also won back-to-back South State Championships in 2016 and 2017. Pearl averaged 300 yards of offense per game in Hunter’s six years with Pirates.

Pictured: Hunter and his wife Casey with their two children, Marlee and Cooper.