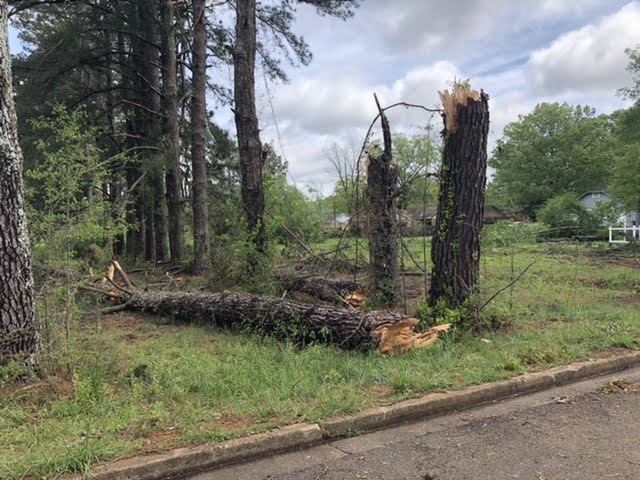 Several trees were uprooted and some even snapped in half and fell across power lines.

Most of the damage was around S Huntington, N Natchez, Lucas, Fairground, and Landrum Streets.

No tornado warnings were issued for Attala County, so it’s likely the damage was caused by straight line winds.