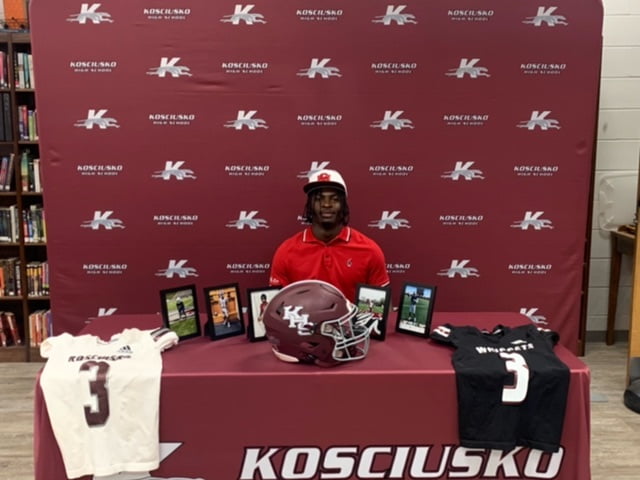 A Kosciusko Whippets football player announced Friday where he plans to play in college.

During a ceremony at Kosciusko High School, Lee Wade announced that he was signing with East Mississippi Community College.

Wade was a 4-year starter for the Whippets.

He helped lead the team to an 8-3 record and a playoff berth in his senior season.

Earlier this week he was named to the Region 4-4A Super 22.