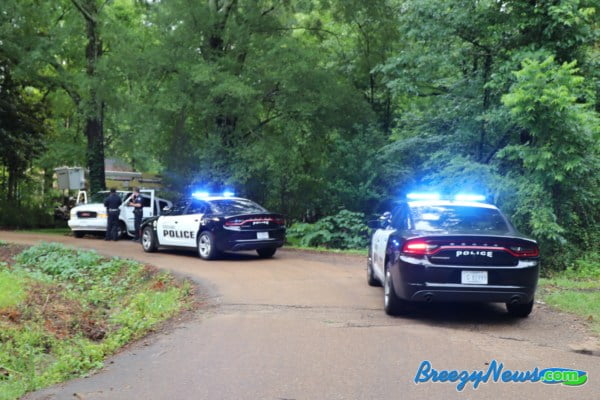 One man is behind bars after an early morning chase.

Kosciusko Police Chief Herbert Dew tells Breezy News that at approximately 6:57 am Kosciusko Police attempted to make a traffic stop on a van that failed to stop for a stop light on Highway 35 south at Valley Road.

The white van at that time attempted to flee from the officer. The pursuit lead police across town and even through the parking lot of Parkway Plaza and Kosciusko Medical Clinic.

Dew said that the chase was a low speed chase and traffic was very light at that time of the morning.

The chase came to an end on Maple street where the van ended up in a ditch at a sharp curve.

Patrolman Toweeka Feruson was able to take the subject into custody at that time.

Chief Dew said that 33 year old Ryan McGee was charged with reckless driving, no insurance, driving with a suspended license, possession of paraphernalia, five counts of disregard for traffic devices and failure to yield to an emergency vehicle. McGee also had two warrants for his arrest from the Mississippi Department of Corrections and the Attala County Sheriff Department.

After McGee was processed at the Kosciusko Police Department, he was transported to a court appearance where he plead guilty of all charges.