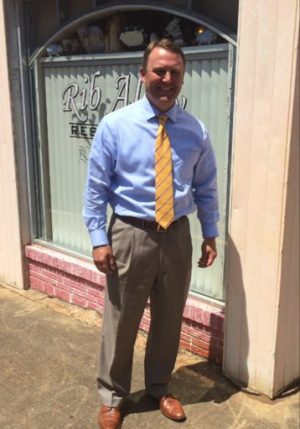 Jason White, District 48 Representative, spoke with the Kosciusko Rotary Club Monday afternoon about the recent 2016 session of the Mississippi Legislature.

White began the meeting by stating that he had been appointed chairman of the Rules Committee, which this year meant that he was assigned all of the state flag bills.

Those bills included measures to get rid of the state flag and ones to keep the flag and cement it in the state constitution. But even after all of the discussion, White said there’s still not much progress being made in regards to the issue.

“There’s no consensus in the Mississippi Legislature as to what is to be done with the state flag,” said White.

White mentioned opposing view points between the Speaker of the House and the Lt. Gov. as one obstacle to getting anything accomplished when it comes to the flag. He also stated that there are petitions going around that hope to bring the flag up for a vote in the near future.

Other topics covered during Monday’s meeting: