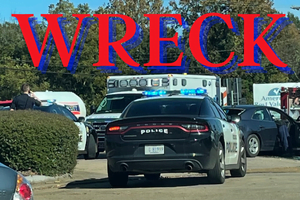 10:05 a.m. – Attala County Deputies, Attala County Fire Department, and Emergency Medical Services were dispatched to Highway 35 North near County Line Road when they received reports of a one vehicle crash. It was reported that the vehicle left the roadway. One person was injured and transported to the hospital.

12:38 p.m. – Kosciusko Police, Kosciusko Fire Department, and Emergency Medical Services responded to a one-vehicle crash on Highway 12 East near Valero. A vehicle reportedly struck a light pole. One person was transported to the hospital. (pictured below)

3:15 p.m. – Kosciusko Police responded to a call about a minor two-vehicle accident on Veterans Memorial Drive at the intersection of Knox Road. No one was injured.

3:27 p.m. – Kosciusko Police were called to a residence on West South Street for a disturbance in progress. 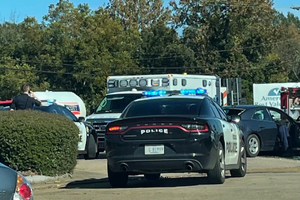