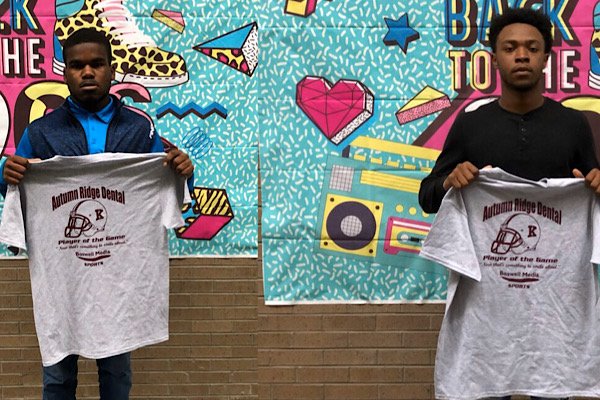 A number of Kosciusko Whippets have been named this week’s Autumn Ridge Dental Players of the Game for their performances in the 19-15 win over Norhteast Lauderdale.

Jaquarius Thomas and Devonte Ellis both received the honor for their defensive efforts during the game.

For their performances, Thomas and Ellis both received t-shirts courtesy of Autumn Ridge Dental.

Honorary player of the game honors went to Whippet WR/DB Antonio Harmon. His interception returned for a touchdown as time expired gave the Whippets the 19-15 victory. Harmon also caught a touchdown pass during the game.

The Whippets will next take the field Friday against the rival Louisville Wildcats.

Listen to the game on Breezy 101, Breezynews.com, and the Breezy 101 mobile app to find out who will named the next Autumn Ridge Dental Player of the Game.