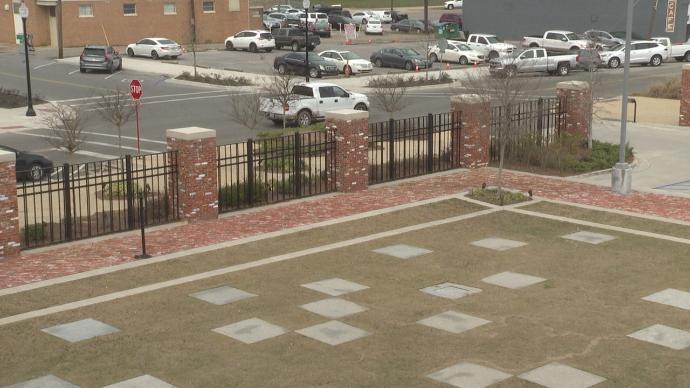 It has only been open for a little over a year but the Mississippi Arts and Entertainment Experience has already proven to be a big hit.

MAX President Mark Tullos said visitors can expect more parking, new lighting to enhance the courtyard experience as well as a 20 by 80 foot billboard facing 22nd Avenue to display what the museum has to offer.

“You’ll be able to see what’s going on inside of The MAX. We had left over about a million dollars that we wanted to meditate over for a few months to decide what to invest in here in Meridian,” said Tullos. “This is probably the most effective thing we can do.”

Tullos said the large sum of money that is being used for these upgrades was set aside when the museum was initially built to be used for areas of improvement.

Construction on the billboard is set to start in the next few weeks, with the courtyard upgrades happening even sooner.

“One of the biggest things that we’ve realized over our first 18 months of operation is that this is a pretty popular place so we’re going to put in artificial turf that will sustain a lot of use,” said Tullos. “When you get 500 to 1000 people on it night after night, you can imagine what your lawn might look like if that many people tread on it.”

The upgrades were announced at Tuesday’s city council meeting.

“We’re excited about all the improvements in downtown Meridian. It’s growing. We’re going to see a lot of things happen in 2020,” said Tullos.

Tullos also told Newscenter 11 The Max has acquired from the state the former tourism office across the street and expects to use it as a performing arts studio.