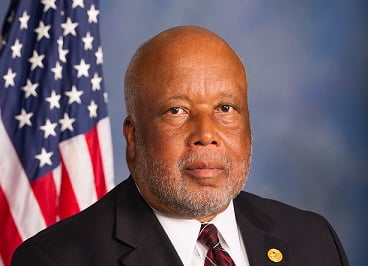 WASHINGTON–You may be hearing a lot more from or about Congressman Bennie Thompson over the next few weeks. As head of the Jan. 6 Committee in the U.S. House, he will be demanding testimony and evidence from some powerful people.

Thompson told reporters in the hallway at the U.S. Capitol this week that four subpoenas had already been issued for people to either appear before the committee or submit evidence. Those four people were not named, but were all former Trump allies or members of his cabinet or staff.

Thompson said he had not received responses from any of them as of the beginning of this week.

“We have every reason to believe we will be moving forward with some additional subpoenas,” he said. “It will be a good number.”

January 6 Committee Chair @BennieGThompson (D-MS): "We have every reason to believe that we will be moving forward with some additional subpoenas."https://t.co/n2i8ufs1cR pic.twitter.com/UDPLZjZ1Mn

Thompson was also asked what would happen if the people served refused to testify or submit the requested evidence.

“Two basic options is to have House counsel appeal to the courts. The committee is prepared to litigate it. We think it’s important. We think they have significant information that can benefit the work of the committee.”

Thompson described the next group of people being subpoenaed as broader.

“I think a lot of those individuals who have been charged could potentially work with us on crafting the facts and circumstances on why they came to Washington,” he said.

Thompson, a Democrat who represents Leake, Attala, and Holmes counties and the Delta in Washington, was appointed to head the committee to investigate the attack on the U.S. Capitol by House Speaker Nancy Pelosi.