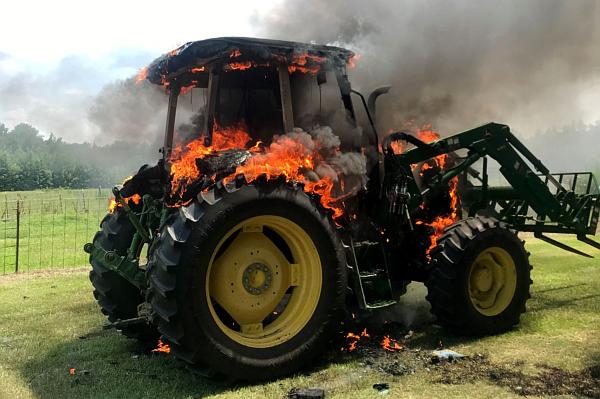 At 2:32 pm Attala Deputies, McCool Volunteers along with Attala Fire Central Station were dispatched to a report of a tractor fire. The caller said it was located behind his barn. The location was reported as being located approximately one mile past Greenlee School.

The fire was almost extinguished prior to the Firefights arrival and by 2:53 pm Chief Roy Williams reported that the fire was contained. Emergency personnel cleared by 3:09 pm.

According to Deputy Scott Walters t he owner said he had been having issues with the tractor prior to the fire. The exact cause is not know and is under investigation by the Attala Fire Department.

No injuries were reported.

Woods Fire Estimated to Span at Least 200 Acres in Attala

Trees Down and a Grass Fire in Attala