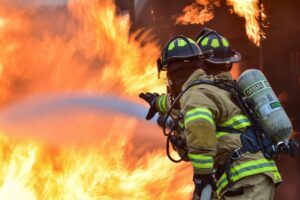 12:39 p.m. – Kosciusko Police responded to reports of vehicle vandalism at a residence on South East Street. The vehicle had been “egged”.

1:28 p.m. – Kosciusko Police were dispatched to a two-vehicle accident on Veterans Memorial Drive near Walmart. No injuries were reported.

3:26 p.m. – Attala County Fire Department responded to a call reporting a woods fire with structures in danger at the intersection of HWY 14 East and Attala Road 5126. MS Forestry Commission was called in to assist.

3:29 p.m. – Attala County Fire Department and Ethel Volunteers responded to multiple calls reporting a woods fire with structures in danger on Attala Road 2131 near the McCool area. One caller stated that it sounded like something exploded. MS Forestry Commission was brought in to assist.

6:04 p.m. – Attala County Deputies responded to reports of a man walking on the guard rails of the Yockanookany bridge on HWY 35 South.

8:10 p.m. – Kosciusko Police were called to Allen Street regarding a possible prowler in the area.

8:51 p.m. – Kosciusko Police were called to Dollar General on Veterans Memorial Drive for a disturbance between customers.