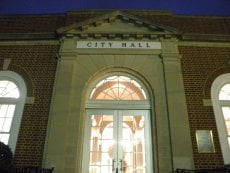 Two people have qualified for the vacant Ward 1 position on the Kosciusko Board of Aldermen.

Kosciusko City Clerk Hart Pettit told Breezy News that James Culpepper and Taylor Casey have both met the requirements to be on the April 26 ballot.

While Culpepper and Casey are the only ones to qualify so far, there may be more names on the final ballot.

Qualifying for the position remains open until Wednesday, April 6.

To qualify, an individual must be a registered voter, live in Ward 1, and obtain 50 signatures in a petition.

The candidate that receives the most votes in the April 26 election will finish the unexpired term of former Ward 1 Alderman Pop Lawrence.