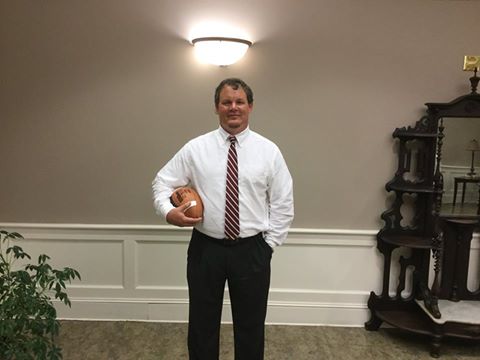 “After meeting with Superintendent, Athletic Director, and Kosciusko High Principal, I have tendered my resignation as Kosciusko head football coach effective 11/20/19. In my time as head coach, we have accomplished the three main goals set before us when I was hired.

1.) Establish strong discipline
2.) Strong academics (last year was the first ever MHSAA All Academic Football Team at Kosciusko High)
3.) Upkeep and improvement of fields and facilities. The field speaks for itself.

I am also very proud that we played in the playoffs all 3 years while competing in a district that has produced the last 2 state champions in 4A. I wish the next coach and team the best of luck in the future.”

School officials confirmed to Breezy News Friday that Causey informed the team and the school that he would be resigning Monday.

Since the 2000 football season, the Kosciusko football team has had nine head coaches and one interim head coach. Causey was one of only three coaches to lead the team for three or more seasons during that span.

In his three years as head coach, Causey compiled a record of 9-25.