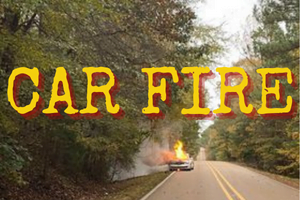 On Thursday at 5:08pm, Central Fire and officers responded to a report of a vehicle fire on Highway 35 at the Yockanookany bridge.  Arriving on scene, officers determined that it had just been smoking badly.

At 7:36pm, officers responded to a report of shots fired in the area of north Jackson Street and west North Street.  Arriving on scene, officers found nothing amiss.

On Friday at 2:56am, units responded to a call for a fire at Whit’s Grocery on Highway 12.  Fire engines were clearing the scene at 4:45.

A Major House Fire, EMS assistance and a Stolen Tip Jar in Attala.

A Grass Fire, Domestic Disturbances, and a Prowler in Attala

Welfare Checks, a Grass Fire And an Accident with Injuries in Attala