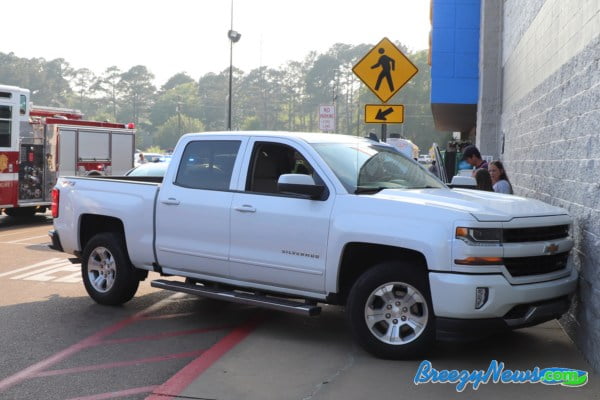 At 5:30 pm Kosciusko Police, MedStat EMS along with City Fire and Rescue responded to a report of one vehicle MVA at Wal-Mart.

The call came in as a welfare check stating that a male was driving erratically in the parking lot. More calls soon followed saying that the white truck had ran into the building.

Emergency personnel arrived on scene and found that the vehicle had ran into the front of the Wal-Mart building.

Medics checked the driver but medical transport was refused.

According to Captain Chad Spears with City Fire the patient suffered a diabetic emergency when his sugar level dropped causing the accident. The patient was treated on scene and released by medics.

According to Wal-Mart representatives the building sustained no damage and they only saw scratches on the truck.