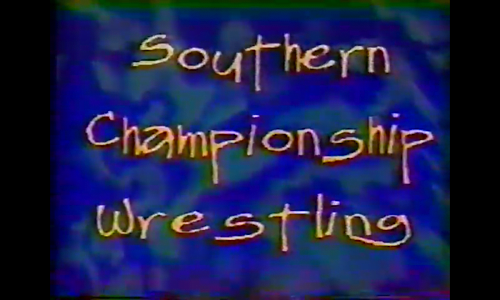 If you are starving for some sports action, we have a treat for you.

A video has recently resurfaced of a wrestling show filmed at the Attala County Coliseum in 1996.

Southern Championship Wrestling was a Mississippi based wrestling promotion in the mid-90s.

It aired on TV stations across Mississippi, Louisiana, Arkansas, and Alabama.

Our very own Lolly Dude, host of The Main Event on Kicks 96.7, served as an announcer for the company.

The video also features an ad for Lolly Dude’s Pizza, one of Mississippi’s most popular pizza establishments from the 90s.

Audio: Breck and Lolly Dude spoke about this video on “The Main Event” Friday morning on Kicks 96.7. Listen below.