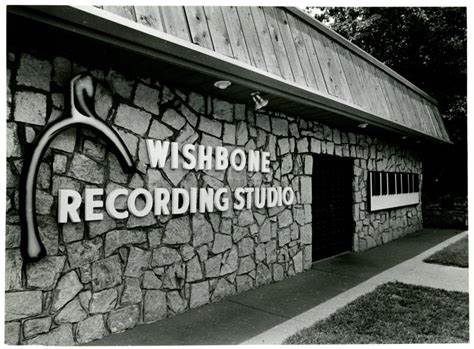 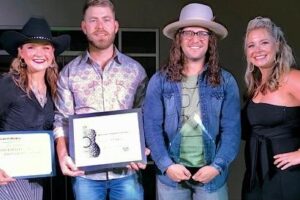 (B-MO in the MO’rning) Magic moments can happen at anytime and no one knows that better than the 2021 Mississippi Songwriter of the Year Brandon Green. As this is being written, he finds himself almost at the end of his incredible journey that has seen him go from winning that night in Meridian, to historic Wishbone Studios in Muscle Shoals Alabama!

When it comes to creating magic, you couldn’t ask for a better “musical musician” than he’ll find in Wishbone Studio’s owner Billy Lawson. Lawson, who started out at Wishbone Studios in 1986 bought the historic studios in 2017.

Billy has written, produced and recorded some of the biggest names in the industry and excellence that the studio has always been known for, exceeds not only expectation…but musical format as well. From George Strait to The Commodores, the “Magic of Muscle Shoals” can be felt by everyone who’s recorded there and now Brandon Green has the chance to create some during the next few days. 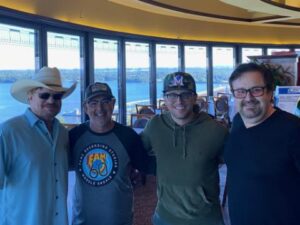 Join B-MO in the MO’rning for a behind the scenes look at his experience, conversation with Brandon Green, Wishbone Studios own Billy Lawson and “Muscle Shoals Music Ambassador” Johnny Belew. Yesterday (10-18) began with Brandon’s arrival, getting to meet Johnny and Billy and a special guest, the iconic Paul Overstreet. Tune in this morning as B-MO will check in with the guys during the 8am hour on Mississippi’s Superstar Country, Kicks 96!

For more information on Wishbone Studios visit their website here.

To learn more about our 2021 Mississippi Songwriter of the Year Brandon Green visit his Facebook here.

The single that won Brandon Green the 2021 Mississippi Songwriter of the Year, the announcement and a quick sit down with Brandon Green, “The Music Ambassador of Muscle Shoals” Johnny Belew and singer /songwriter, owner / operator of Wish Bone Recording Studios Billy Lawson talk about what’s in store and some background

The interview continues with a favorite of B-MO’s featuring Brandon Green featuring Keith Urban called “Love Lovin’ You” as Brandon discusses the atmosphere and what single he’ll be working on?

Tune in tomorrow for more and a special thank you to Johnny, Brandon and Billy for their time!