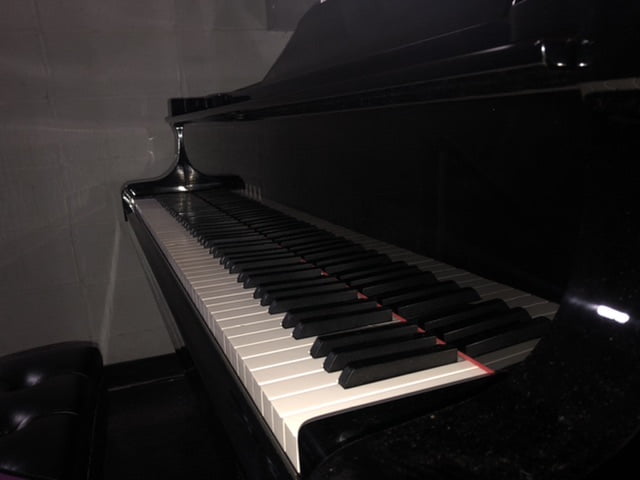 A world class piano now sits on stage at the Skipworth Performing Arts Center in Kosciusko.

The instrument is a 1988 C7 Yamaha and is classified as a semi-concert grand piano.

The piano was bought in Huntsville, AL and shipped to Kosciusko.

Royce Boyer, a former music professor at the University of Alabama-Huntsville, helped locate and purchase the piano from a store owned by one of his former students.

Boyer, who tunes pianos professionally, has friends in Kosciusko that helped get him involved with the project.

“I was involved, emotionally, more as a music teacher and musician than as a piano tuner, ” Boyer said. “But then I started calling around to see what I could find.”

Boyer tuned the piano before it was shipped, but was in Kosciusko Wednesday to continue tuning the instrument. He said the piano is a great addition to the already impressive auditorium and that it could attract a number of acts once the center is up and running.

“The value of this is I can invite any of my professional piano friends to come and play and they’d enjoy playing this piano.”

The renovation project is being spearheaded by the Kosciusko Foundation for Excellence in Education.

A major focus for fundraising efforts right now is the opportunity to purchase one of the new auditorium seats in honor of memory of someone.

Several other sponsorship and naming opportunities are available as well.