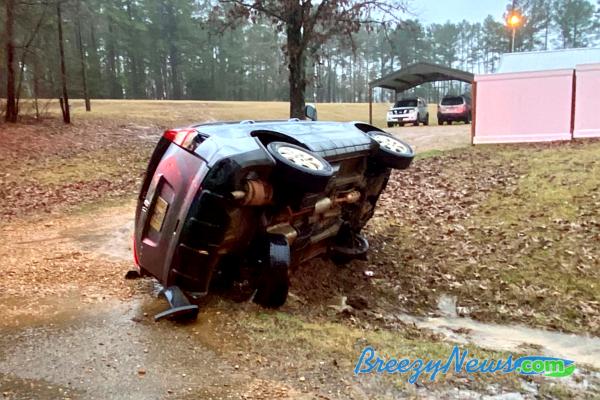 At 7:06 am Attala Deputies, MedStat EMS, The Mississippi Highway Patrol  along with Attala Fire Central Station responded to a report of a two vehicle MVA. The caller said it was located near 9363 highway 19 south.

County Fire Chief Roy Williams tells Breezy News that the accident may have been caused by the wet roads causing one of the vehicles to hydroplane but there has been no official word on the cause of the accident.

No medical transport was given by MedStat.

The Mississippi Highway Patrol will be in charge of the investigation.