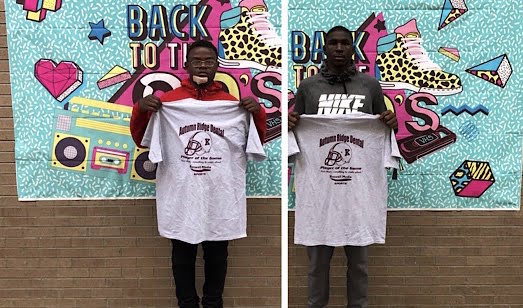 Harmon received the honor for his performance in the Oct. 4 game against Choctaw Central. He had two touchdowns in that game. One came on a kickoff return and one a sweep.

Foster was named player of the game for his performance in the Oct. 11 game against West Lauderdale. Foster carried the ball 2o times for a total of 87 yards.

For their efforts, both players were awarded a t-shirt courtesy of Autumn Ridge Dental.

The Whippets will next take the field Oct.18 against Leake Central.

Listen to the game on Breezy 101, Breezynews.com, and the Breezy 101 mobile app to find out who will named the next Autumn Ridge Dental Player of the Game.