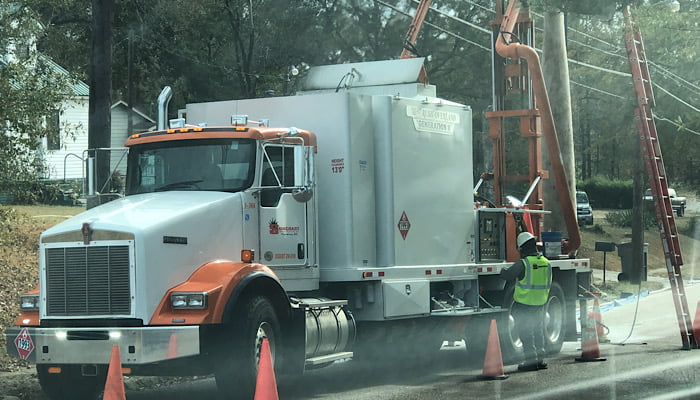 Sewer trucks and open manhole covers will continue to fill the streets and highways of Kosciusko this week.

It’s all a part of work on the city’s sewer lines as part of a CDBG grant.

Kosciusko Mayor Jimmy Cockroft said the work is a sewer relining project to check and repair damage to the lines.

In March of 2017, a portion of a sewer line caved in and opened a sinkhole on Hwy. 35 near Subway. Cockroft said this project is to identify weaknesses in the pipes and fix or replace them to prevent an accident like that from happening again.

According to Cockroft, the majority of the work will be from W South Street to Hugh Ellard Park and near lines that run under the major highways in town.

The bid for the work was awarded to Hemphill Construction during the Aug. 20 meeting of the Kosciusko Board of Aldermen.

Cockroft also made it clear that the work on the sewer did not cause the bad odor that plagued a portion of the city recently.

That was caused by the drastic change in temperature from Monday to Tuesday affecting the sewage lagoon across the Natchez Trace Parkway.