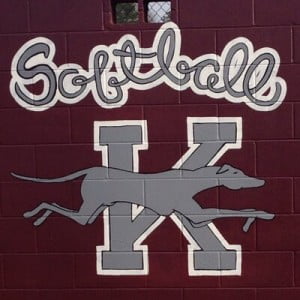 The Kosciusko Lady Whippets played host to the Corinth Lady Warriors for game two of the quarter finals this afternoon after taking game one in Corinth yesterday 5-4.  After a scoreless one and a half innings, the Lady Whippets got a five-run bottom of the 2nd lead over Corinth.  The Lady Warriors would cut into that lead in the top of the third scoring two runs of their own.  That 5-2 score would hold until the bottom of the sixth inning when the Lady Whippets would add a couple of insurance runs to their lead, taking a five-run lead to the top of the seventh for the Lady Warriors last chance in the series.  Kosciusko quickly dashed their hopes, winning the contest 7-2 and advancing for the fifth straight year to the North State Championship series.  Time and location of that first game for the Lady Whippets will be determined after conclusion of other quarter-final games this weekend.  Katie Mitchell was named today’s player of the game for the Lady Whippets.