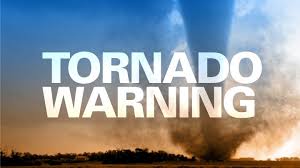 A week after Thanksgiving, Kosciusko should still be counting its blessings.   The National Weather Service says a thunderstorm supercell which moved across the city Tuesday night had the potential to produce a strong tornado—in the EF-2 to EF-3 range—had it touched down.

“That storm as it crossed out of Holmes County into Attala County really started to get its act together,” says Lead Forecaster David Cox at the Weather Service office in Jackson.  “The structure of (the supercell) as it developed, right as it moved almost directly over the city of Kosciusko, had very tight rotation with it.  And if a few more things had come together, this definitely could have been a big problem for the city.  As it went over, it still had that potential (of producing a tornado) but some things weren’t fully lined up for it to develop just at that moment.  A very close call.  It had a chance to be a strong tornado.”

The storm began to weaken as it moved northeast of Kosciusko but still produced some tree damage along Highway 12.

Below: KPLC Meteorologist, and Kosciusko native, Ben Terry on how the storm could’ve have been much worse for Attala County.

One in Hospital After Accidental Shooting in Kosciusko – Police Investigating